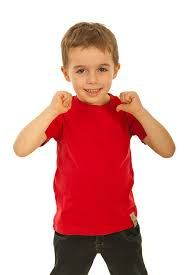 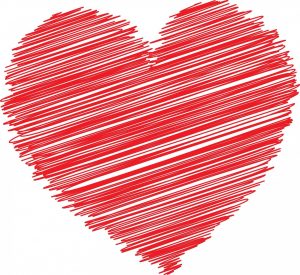 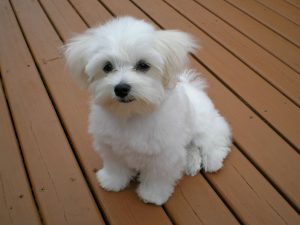 This is my endangered species project. Hope you enjoy! It goes fast so make sure to pause!

For all the tears I’ve shed

And the days that I’ve messed up

Forgive me for the greedy times

And for the hearts that have been crushed

Forgive me for the selfishness

Forgive me for the sorrow

And the times I should have spoken

Forgive me for the years I’ve spent without you

Forgive for all the useless fights

And words I regret not telling

I will not grieve, for now you’re free

In a place I can no longer damage

Where you can be free and watch, from above

You will be in my heart forever so

I will miss you

And you will know

I will always love you, Big bro 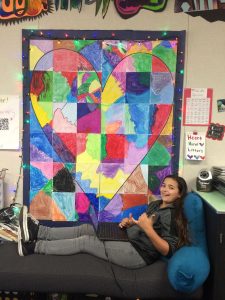 Our teacher rearanged a heart mural for a whole bunch of people to particapate in. Schools from around our town did it and this is what it turned out to be! 😀 <3

World water day is an observance day to highlight the importance of freshwater.

Did you know that 97% of the world’s water is salty or undrinkable?

Try to turn off water when you brush your teeth, or when you are doing daily tasks.

I made this poem after a recent event in my class. My teacher wash writing on the board and she accidentally knocked her metal water bottle over. Everyone looked at her and laughed. She smiled and said, “no, it jumped”. I got this idea after what happened that day. This poem uses imagery and rhymes.

Day in the life of a Neanderthal…

Tweet,tweet,tweet my eyes felt as like they were glued shut but I slowly opened them by the noise of the chirping birds in the distance. As I crept out of my rock and sandstone bed  I struggled to get my on my sandals made of wood and vines. As I slowly tiptoed out into the kitchen I heard.

“Andreas is that you?” my little brother  whispered.

“Really Andreas” He glared at me.

As we were walking I saw a saber tooth lion eating away at a poor helpless deer. We scoped out the lion and waited until he left so we could inspect the deer to see if there was anything useful to make lossoir with. Usually are parents would have to butcher the animals with a squishy substance called ochre. Me and my brother almost fell asleep while waiting until the tiger would stop tearing its victim to shreds. I heard a groan from the lion then the beast took a gander then made full on eye contact with me. The rock we were hiding behind had a hole my brother could fit in. I shoved him in the hole and stood still I only moved my arm a little because I had a itch on my arm. The lion pounced at me throwing his claws everywhere. I sprinted as fast as I could to the nearest hole i could find and i sqeezed myself in it. We waited until the lion disappeared in the distance just to make sure we don’t get trapped in the jaws of a furious lion. When the lion was nowhere to be seen we leaped into action. Me and my brother started digging around in the guts of the deer a lot of the ribs were cracked and broken but then I saw the most magnificent bone that would work perfectly for lossior. All that was going through my head was “oh mom and dad are gonna be so proud of me for being the best daughter for getting them an amazing bone. Me and my brother rushed home after that.

The sun was setting and what ended up being a little walk ended up being a mile walk.I saw the peak of the mountain my house was. My brother saw some stones that would be good tools for butchering animals I told him to get some vines to tie on the stone. When my brother and I got home we saw our mom making new shelves with mud she gathered. The mud hardens and it is as hard as a rock when It  drys. I saw my father and gave him the supplies we gathered on the way back from the walk. He was bouncing up and down when I handed it to him i was half asleep but I managed to listen to him.

“Thank you” he said.

“The supplies you gave me will make beautiful lossior”. He said happily.

“Did i tell you I almost got tackled by a lion”. I said laughing.

“Really? Well your ok and thats all that matters”. He said smiling.

I layed down and closed my eyes and fell into a deep slumber. 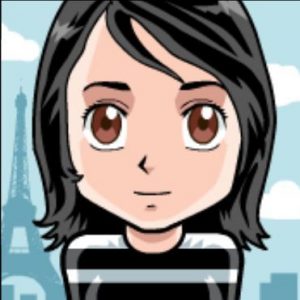 This is my avatar it doesn’t really look like me though. I’m a soccer player, sister and a Giants fan. I love getting out of house and going go to  school. I have 3 brothers and 1 sister. I like drawing and learning new things. I am in band and I play the trumpet.

My story as a kush child…

I’ve never been to kush before I’ve heard of it, but never ventured there.  Now my life will be changed forever I don’t think i’ll ever forgive my parents for making us move to kush. I wish we didn’t have to take my siblings I have a brother and sister they never shut their little mouths.

In a snap over a finger we were off on the sand with everything we needed to survive nights out in the freezing dessert. The climate drops tremendously at night but in the evening you’ll roast out in the sun like a chicken. My father had a llama that was the only thing we could rest on. Of course the youngest get to ride on the llama and not carry anything. ”Mom I really need to rest on the llama please I don’t feel good” I said with a shivery voice. “Enough of that nonsense they’re just children and you can walk another Four miles so stop your whining your eleven years old suck it up” she said as she was sitting on the llama petting it and making smooching noises.

As it started to get darker and darker it started to get cold really cold and it was pitch black so we were forced to stop. My father set up a  little hut that can only fit two people of course they were my siblings. As they started to lay down and get all cozy in there blankets i was forced to sleep with one thin blanket on the llama that had all his lumps that hurt me whenever i moved. I heard my sister “na na na na na na” she whispered. “Shut up!” I shouted. My mother stormed out of her hut and i could hear my father snoring it sounded like elephants shouting. When we woke up from a freezing night we were off again. when we finally got to kush all I wanted to do was sleep without getting poked  or knocked off of a llama I didn’t feel too well either it felt like a cold but much worse. My mother asked if I was okay then it got blurry then everyone got worried all I could hear was a kadunk and i fell flat on the sand. All I could remember was screams and my mother and father rushing me to the nearest nurse building. When I awoke I saw my mother and my father with my siblings talking to the nurse. I thought that was the last day I was alive but I ended up being ok after that my parents kept a close eye on me and my siblings knowing there was a disease going around. Meanwhile I made a new friend her name was garai she was very shy and quiet she said we weren’t supposed to talk to each other but we did anyways. 2 years have passed i’m 13 now and garai is 12 we loved to make jewelry and sell it  garai always had a long robe and it was black I don’t know how she wore it looked so hot she always had a look of guilt on her face I just ignored it though I didn’t want to but i did. She never told me about where she lived before or why she wore a black robe but I didn’t mind. When was walking down to the nile with garai we heard a loud siren it hurt my ears garai seemed fine as I was covering my ears i saw that garai had something covering her ears. when the siren stopped she whispered something it sounded something like “sorry” and it was shaky it worried me. My ears were still ringing and it felt like a thousands of fire ants biting me. Then when my ears stopped hurting I heard screams coming from kush and loud bangs I knew it was war. I heard a loud yell “GARAI HURRY UP JUST DO IT”. She hesitated at first then pushed me into the ice cold nile I banged my foot against a huge rock, the nile was deep so I could easily sink. I remember someone pulling me out but my vision was blurry. All I saw was white then I   heard a loud BANG my brain was going one hundred miles an hour and I felt like i was running away like someone or something was chasing me and then it got peaceful i felt like curling up in a little ball. Slowly i opened my eyes and I was wrapped up still alive in a coffin I started freaking out BANG BANG BANG frantically trying to get someone’s attention I felt the coffin falling and SPLASH! “AH” I screamed, my mom rushed up to me with my dad and one of my siblings I thought it was another dream but it wasn’t I asked where Akira was my sister my parents looked at each other then looked at the sandstone table my sister was laying on it with an arrow wound fighting for life I didn’t want to see her suffer anymore I got up and I felt a sharp pain my foot was broken had wrapping around it i asked my dad to close her eyes and let her die in peace. We were really fortunate to get almost all of us out of the war alive. To this day I still never want to see or hear from Garai again she